Y’all, we did it. I’m still in shock and very tired but we did it!!!! The post won the HOMETALK Summer DIY Project award for 2020.

How to Build a DIY Greenhouse

This post is about the journey of How To Build A DIY Greenhouse. Because we are not professional builders, this is not a step by step how too, with all the nitty gritty details. This post is meant to inspire you to not give up on a dream and hopefully encourage your step out of your comfort level to take on new projects.

This is the area just behind the farmhouse where the Greenhouse would be constructed.

(Posts on The Ponds Farmhouse may contain affiliate links. As an Amazon Associate I earn from qualifying purchases. See the full disclosure details here.)

If you’ve followed this blog for any length of time, you know that having a Greenhouse has been my dream for some time. Well, as sometimes happens, things didn’t exactly go as planned, but the dream Greenhouse is finally a reality. Here is the process of How to build a DIY Greenhouse from conception to completion. The satisfaction that comes with a handmade project and building with reclaimed materials was very appealing to us.

How the Story Begins

After much debate, my husband had finally agreed that we might could build a greenhouse. A few windows had been collected and a building site had been chosen.

So next it was time for some serious window shopping and then the Covid19 Pandemic hit our country. Suddenly, all thrift stores and vintage shops were closed which resulted in no window shopping. This was just a minor set back, compared to so many hardships that other’s have endured. However, complaining about the situation on Instagram paid off because a follower contacted me with an offer. He had several sets of french doors, rescued from a coastal home after hurricane Florence. Unfortunately, he was unable to use them as planned and would sell them for a great price. Yay! Can you see my happy dance?

After several trips to pick up the doors and many days drawing on my graft paper, a plan was beginning to take shape. It quickly became apparent that the doors would allow more than enough light for the space and therefore, the windows were no longer needed.

Here is my original sketch to determine door placement and over dimensions.

Since carpentry skills were very limited, we started construction on a deck as the base of the greenhouse. In addition, concrete blocks were used to level the foundation and 2 x 6 x 16 floor joist were installed using metal hangers.

Because the greenhouse would not be 100% waterproof, treated Lumber was used to build the frame of the DIY Greenhouse.

Because each step of the process could be written as a whole DIY Tutorial, this post is not intended to be a tutorial or a step by step how to. However if you have questions about our process, be sure to ask in comments and we will try to answer to the best of our ability.

The Walls Go Up

Next, construction of the walls began and we found that diy tutorials came in handy. You can find a tutorial for just about anything you wish, which was fortunate for a couple of amateurs. With the aid of a nail gun, chop saw, rough plan sketch, and many prayers, the walls came together.

At this point, construction was moving right along and we were feeling pretty proud of ourselves.

My husband did all the heavy lifting.

Next, the rafters were built by hand using 2 x 4 x 8 treated lumber. Each rafter was constructed on the floor of the greenhouse prior to being installed. In addition, the rafter’s got a coat of white primer prior to installation in order to avoid painting on a ladder after they were installed.

He also did all the ladder climbing!

See that nail gun? Yes, we did have one scary accident which resulted in my husband having a nail sticking out of his thumb. Thankfully no bone was hit and the nail was pulled out before I realized what had happened.

Moving right Along with the Building of the DIY Greenhouse

Can you tell we’ve been working hard? Next up was the installation of the doors and roofing materials. This was definitely the most challenging part of constructing the DIY greenhouse.

First, the doors are super heavy and hard to manage with just 4 hands. Also, it was very important that each door frame was square prior to hanging the doors. Unfortunately, more than one door had to be re-hung to adjust the level. Eventually, all 8 sets of doors were hung and are all somewhat level. LOL

Preparing for the roof

In order to install the roofing materials, first 1 x 4 boards were attached to the rafters to allow the roofing to attach to them.

The clear polycarbonate roofing material was then attached using roofing screws. In addition, as the roof was being attached, my husband also installed the ridge cap as he moved from the front to the back of the building.

My husband had to install the roofing materials himself because holding the ladder and praying he wouldn’t get hurt was all I was capable of. In addition, there may have been some tears during this part.

Note: Using a ladder to do this part of the project is not recommended. In hindsight, the job would have been much easier and safer had we rented scaffolding. However, the work is completed and many lessons were learned. LOL

OK, maybe I didn’t hold it every second.

To allow plenty of light to flood the Greenhouse, clear polycarbonate sheets were also used over the doors at the front and back. From this view, you can see the natural side of the reclaimed ship lap.

The DIY Greenhouse is closed in.

Finally, the walls are completely closed in and the roof is finished. From this view, you can see the reclaimed ship lap siding that was used to cover the exterior. Since there was not enough for the entire project, outdoor siding was added to fill in the gaps. In order to pull the exterior together, everything was painted with White Dove exterior paint by Benjamin Moore. The construction has been underway for exactly 3 weeks at this point.

Because it was now the Memorial Day Weekend, it was a perfect time for a break.

However, once the break was over, the finishing touches were quickly completed. All the trim work was applied and some interior painting was completed. Whew, almost at the finish line.

At this point, some styling began to happen. First, a primitive desk and folding chair were added and they fit perfectly in this little corner.

Another finishing touch was adding field rock around the foundation of the greenhouse and a few larger rocks were gathered as stepping stones to enter the greenhouse doors. Because our pastures are full of field rock, this was a fairly simple process.

In order to not disturb anything on the inside of the greenhouse, all the door were installed to open outward. As a result, tables and such could be placed anywhere within the room without worry and in addition, it allows for great air flow.

A quick video of the step by step process

Decorating the greenhouse is so fun and this DIY Terra Cotta Wreath was a great addition. See tutorial here. In addition, I shared this Rusted Can Fall Wreath that worked perfectly on the greenhouse.

Although building a DIY Greenhouse was the most challenging project we have ever tackled, the results are a dream come true. It’s a little late in the season to actually use the greenhouse for growing, but it is all ready for this Fall and next Spring.

In addition, I hope this inspires you to step out of your comfort zone and attempt projects that you never dreamed your could complete.

Thank you for stopping by and I hope you enjoyed seeing the process. Your questions and comments are always appreciated.

Pin it to remember it

Beautiful!!!! Your husband did an awesome job. He must have some construction back ground? Your decor ideas look perfect! The doors worked out wonderful too! Congratulations!

Thanks Jan, we have really enjoyed it.

[…] you want to see more beautiful photos of her greenhouse, click on Rachel's greenhouse to see or check her out on Instagram at […]

It turned out beautifully. I love it! 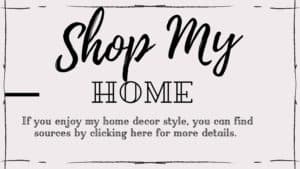