Pumpkins are a favorite way to decorate for Fall and I’ve collected my fair share over the years. Several of mine are Cheap, Dollar Store versions, which have received several coats of paint over the years. When I found some cute Fall napkins, I decided to decoupage some of these cheap pumpkins for a cute, updated look.

Today I’m sharing how easy it to make Napkin Decoupage Pumpkins. In addition, there are couple of tips that I learned which will save you from making the same mistakes.

(Affiliate links are used for your convenience. Read my full disclosure  here. )

The First Mistake I made

I was so excited about these cute sunflower napkins and thought I’d put them on all the pumpkins. Unfortunately, they didn’t looks so great on the small pumpkins. After making a couple, I quickly removed the original napkin and mod podge because they were not very pretty.

So it’s important to consider is the scale of the pattern on your napkin compared to the size of your pumpkin. I found that a large scale print, such as the sunflower pattern, works best on a larger pumpkin. A smaller scale pattern works much better on the smaller pumpkins. I will share both versions.

The first step is to separate your napkins. Most paper napkins are three ply and all three layers need to be separated to begin.

A friend shared a tip to make separating the napkins much easier. Simply apply a piece of tape to the napkin along the edge and gently lift the layers apart. Why didn’t I think of that? LOL

There are a few options for this next step. You can choose to cut a design out from the napkin and apply the design randomly on the pumpkin or you can cut the napkin into sections to apply all over the entire pumpkin. In addition, you can place a hole in the center of the napkin to allow the stem to pass through and basically drape the napkin over the pumpkin.

Because I wanted the design to completely cover the pumpkins, I choose to cut the napkin into sections.

When covering my first pumpkin, I began using large pieces because I thought the pattern would be more visible and visually appealing. However, using smaller pieces makes the process quicker and easier and you can’t tell where the napkin pieces are joined. You can make the process easy on yourself because, you really can’t make a mistake with this easy DIY.

Now you are ready to begin applying the napkin to the pumpkin. Using a paint brush apply the mod podge over the surface of the pumpkin. If you are working with a larger pumpkin, you should do this in sections to avoid the glue drying.

Next begin placing the napkin pieces onto the pumpkin being sure to press the napkin into the creases of the pumpkin in order to maintain it’s shape.

Continue until the entire pumpkin is covered or until you are satisfied with the design.

Using the paint brush and mod podge, you can continue to smooth the napkin by brushing gently.

Once your pumpkin is dry, you may desire another coat of mod podge to preserve the pumpkin for future seasons.

The sunflower pumpkins dried beautifully and had a velvet appearance when displayed.

They look like high end pumpkins with their new coats. Click here to see some other cheap or free fall decorating ideas.

The smaller pumpkins were covered in a small scale fruit napkin and I couldn’t resist making several to display together in a wooden dough bowl.

The possibilities for using napkin decoupage is unlimited and you can see how to dress up simple tin cans here.

Stay up to date by subscribing today.

Hey Y’all, come on in! My name is Rachel and my husband and I recently downsized and now live at the end of a mile long dirt road over looking 3 Ponds.  I love decorating my home with an eclectic style of “I found it on the side of the road but look at it now” decor.  I also love new decor but prefer for my home to have a collected feel.  I love sharing  fun DIY projects, budget friendly thrift store makeovers, seasonal decor choices and how we are renovating the property here at The Ponds.  I hope you’ll follow along on our adventures.

Stay up to date – Join today!

Never miss one of our adventures here at The Ponds 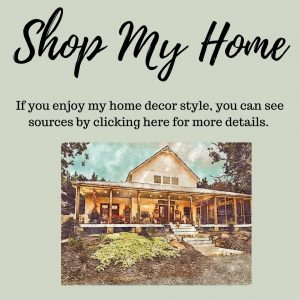 Receive updates whenever there is a new project

I look forward to sharing all my adventures with you.